Like previous iWork releases and the iWeb application included in Apple's iLife suite, all three applications offer users a wide range of document templates. The browser for choosing a template when creating a new document has now been tweaked to allow easy viewing of all pages in multipage templates by simply moving the cursor over the template thumbnail -- much like events in iPhoto can quickly display multiple photos.

As with past releases, the available templates are striking and cover a variety of home and business projects, offering new users excellent starting points. Numbers, for example, includes several spreadsheet templates for purposes users might not even think about, such as tracking their diets or workouts, creating a home inventory or even building a math quiz.

Third-party templates that extend the features built in by Apple are also available, and users can create and save their own. As with last year's iWork, however, most of templates have sample data included, making them more like demo files than actual templates. Some might see that as helpful; I tend to find it a little frustrating if I'm creating a new project or document. While the comparison is natural, Pages offers a much broader feature set, with desktop publishing and page layout functions that go well beyond those offered in Word.

Pages is more like a combination of tools such as Word and Publisher, or even like Word combined with Quark or InDesign. Although new templates for both word processing and page-layout projects are included in Pages '09, the software itself seems to be largely unchanged from its predecessor. The most obvious additions, beyond the new templates and template browser, are the inclusion of iWork. Some other slightly less obvious features include support for mail merges with Numbers spreadsheets and support for MathType and EndNote X2 for adding detailed equation editing and bibliographic references, respectively.

Both features are aimed more at academic communities than at the average user. For anyone who is easily distracted by other open windows or applications while writing, the new full-screen feature in Pages is a major help. While not exactly a new concept, Apple's implementation is particularly nice, given the way that moving the cursor to various portions of the screen displays stylish 3-D interfaces for a page navigator showing thumbnails of every page in a document , scroll bar, the Pages toolbar and the Mac's menu bar.

The dynamic outline feature is useful to anyone who does outlining or even basic brainstorming work. It's easily enabled with the click of a button, and content can be shifted quickly between an outline view and more typical text-editing work.

This allows users who work with outlining to rely on a single tool rather than investing in others like OmniOutliner, though additional tools may offer more features.

The easy transition between outlining and word processing or page layout is also particularly helpful compared with using separate tools, where I've seen problems arise when trying to shift content between tools. Another boon: The outline feature supports dragging and dropping of various image or multimedia elements. The ability to do mail merges has been a sorely lacking feature in past versions of Pages for many users.

Since Numbers can open and import Excel files, it is also possible to indirectly do merges based on Excel files by using Numbers to open and save the file first. Mail merges work surprisingly well and are pretty easy to do.

One caveat is that tables in Numbers should have a header row assigned that identifies each column in the table.

This is because when a table is selected as a merge source in Pages, the header row will be used to identify which pieces of data correspond to components of the merge first name, last name, address, etc. This is typically more of an issue when working with a file created in Excel, as most of the Numbers templates assume you will be using a header row. A preview function of the merge would also be a nice addition.

However, neither of these shortcomings really compromises the mail merge feature. In fact, the use of a header row makes it easier to predict merge behavior. I also really like the fact that Pages supports merges from the Address Book application. With Address Book becoming a mainstay for contact information in Mac OS X -- particularly for Mail and for syncing to the iPhone and across multiple Macs via MobileMe -- it seems logical to make it available as a merge source.

It also helps novice users who might want to create mail merges for things such as party invitations, especially if they already use Address Book for contact information but might consider working with a traditional merge from a spreadsheet too confusing to set up. Keynote iWork's presentation tool, Keynote, has always offered a very easy-to-use interface and a wide range of slick, professional-looking templates.

Keynote '09 builds on the capabilities of its predecessors, making it even easier for users to create stunning presentations. New features like Magic Move and object and text transitions make the creation of animated effects within a single slide, or across multiple slides, incredibly simple. Apple has also added new styles and animation effects for charts, new templates, and a cent application that turns an iPhone or iPod Touch into a handy presentation remote.

Magic Move is one of the coolest new features in Keynote ' It allows you to select any object -- whether it's an image or text block -- on one slide, duplicate the slide or copy and paste the elements onto the second slide , modify any attributes of the object on the second slide location, size, opacity, angle of rotation, etc.

When the presentation is played, every selected item will seamlessly move, resize and transition between the two states with no additional work needed. The effect is completely seamless and so well animated that it's hard to believe no actual planning of the animation is required.

It was already an excellent product and even the advent of PowerPoint wasn't enough to make Apple think it had serious competition and spur it on. Changes The experienced Keynote user won't notice too many changes at first: Some of the modal-sheet dialogs, such as the Theme Chooser, have been replaced, some of the default icons in the toolbar changed.

There are also two new menus: Play, to record and play slideshows; and Share, for working with iwork. And a couple of functions have disappeared: Web View and Flash Export. The Theme Chooser at the beginning has been improved to allow you to resize the theme thumbnails to see fonts, colours and textures more clearly using a slider at the bottom of the Chooser.

One drawback of this is that at top size, third-party Keynote themes look blurry. In addition, there are eight new themes.

Small improvements If you look hard, you'll notice other little improvements as well, such as a couple of new chart types and object builds. But most of the effort hasn't gone into giving Keynote a wealth of new bells and whistles. So if you're were expecting some kind of layout automation like PowerPoint's Smart Art, think again. Instead, most of the effort has gone into new kinds of animations. 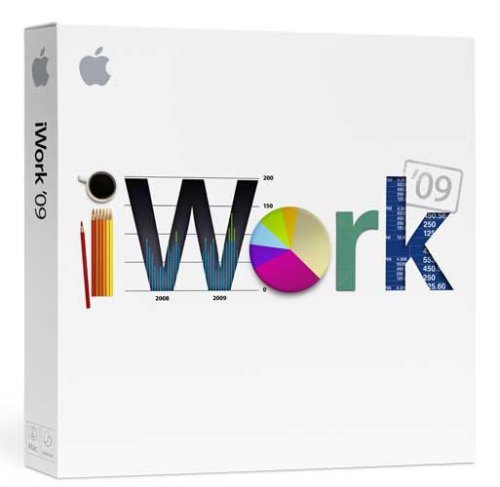